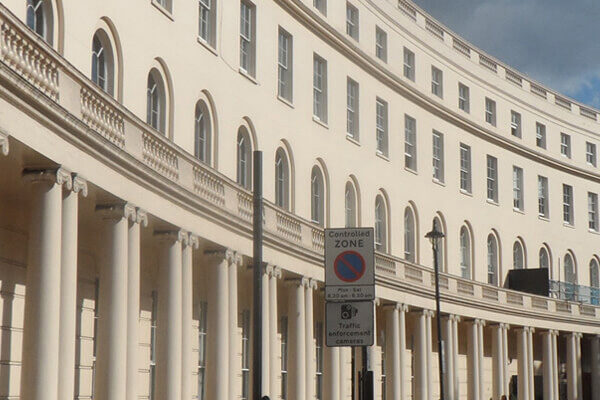 Every day many visitors come to London to enjoy the city’s rich history and culture. How much do you know about London’s architecture? In this article, we’ll talk you through the famous architectural styles in London that you’ll see around you every day.

Charles Barry was one of Britain’s most influential architects, who built the UK’s most important 18th century building. Barry inspired the Gothic Revival which was a conscious movement that began in England to revive and build Gothic structures. The revival of gothic architecture peaked in the second half of the 18th century through to the mid 19th century.

Gothic architecture featured in London’s most iconic building. The Houses of Parliament which was built in 1840.
Not only did he design the main hall structure, he also designed the Famous Elizabeth Tower (AKA Big Ben) which houses the great clock and bells including Big Ben. The less noted Victoria Tower was also architecturally desinged by Barry later in 1860

Charles Barry’s big break came when he won a competition to design the new Royal Manchester Institution for the promotion of literature, science and arts (now the Manchester Art Gallery).

Although this architectural style was originally inspired by Italian / Parisian Baroque masonery. The Baroque designs adorn some of the oldest most elaborate buildings that we can see in London today.

Baroque utilises bold masses of curved shapes, strong lines, and limestone render tones. Above all, Baroque is romantic; decorative elements appeal almost naturally to the senses in a way few others can. Yet the appeal comes natural to us all, with its lavish use of curves and embellishment. There are many examples of Baroque architecture around England, most notably Castle Howard and Blenheim Palace.

Throuout the Georgian Era, London grew rapidly to the further reaches of town. (Labelled as Greater London today). Georgian homes can be found up and down the country in unban, rural & central settings.
Georgian Terraced homes are frequently undertaken as remodelling projects by APT Renovation.

Georgian properties are more commonly seen in the Terrace format. If when you think of the famous pastel coloured Notting Hill home, these are quintessential London Georgian townhouses. We have found most of these styled homes to exist within the M25 mainly out towards the West & South West of London.

They focused on building London’s great estates, such as the still privately-owned Grosvenor Estate and the Bedford Estate.

For a free no obligation quote about any kind of residential extension or construction work, call us now on:

Back when the Georgians were building London, most georgian residences were built in the countryside with acres of green space. The facade of these homes properties were mostly red bricked, with tall windows and built in a symmetrical style.

Locationwise, you mainly find the best example of Georgian architecture can be found in & around the Mayfair and Park Lane & Bayswater.

Regency architecture is defined as the era that transcended the Georgian period. Despite spanning only ten years, many of London’s central residential buildings were erected at this time and unlike earlier examples of Georgian architecture, homes of this period are marked by a white stucco facade.

John Nash was the leading architect at this time. He was responsible for designing and laying out Regent Street and the great park of St James’s.

John Nash is most noted for the redesign of Buckingham Palace for King George IV, However his plans became too elaborate for King George to afford them. He was later relieved of his duties as Head Architect for the famous palace.

Regency architecture has much been found by many architects to be far more intricate in design than the simpler Georgian style that preceded it.

Areas such as Victoria & Slone Square and the roads surrounding Regent’s Park display many examples of London’s grand Regency architecture.

Following the Industrial Revolution and in light of the country’s increased growth, the Victorian era is defined by it’s revival of elaborate and intricate architectural styles. Buildings like the London St Pancras Renaissance hotel are perfect examples of Victorian grandeur.

Along with the prosperity of the industrial age came a surge in population which resulted in house shortages. This led to mass house construction around the suburbs of London. It is most likely that if you have travelled around Greater London recently, you are likely to have passed a street of Victorian residences. Victorian homes initially were built for the expanding middle classes, who were experiencing real wealth for the first time.

However, in reality, quite the contrary occured. Victorians homes were mostly populated with the lower class. Such as those working in the industial plants & factories and hence there after, properties of this era were infact constructed for the poorer Londoners.

This period also brought about a time for change when it came to living standards for London’s residents. All across town people were able to live in properly constructed homes with good sanitation.

This change inturn made the east end of the city, areas like Aldgate, Whitechapel and Mile End turn into slums as more people moved into the central areas of London for work.

For a free no obligation quote about any kind of residential extension or construction work, call us today on:

With similar growth and construction rates as the Victorians. The Edwardian era was known for constructing even more of London’s houses in the terraced style that worked well in the previous period.

The middle class house construction programs carried out more builds thoughout this era than previously seen. The houses were larger with the famous Edwardian feature of high ceilings.

Edwardian houses are generally larger than their Victorian counterparts as they were constructed with a larger build footprint. Many fine examples of Edwardian architecture can be found in areas such as Balham, Fulham & Putney.

From Southgate Underground Station’s spaceship-like design, to Balham’s Du Cane Court supposedly spared from bombing in WWII as the German’s planned to use it as military office if they were successful in the war. – Another example of Art Deco is Battersea Power station. Redevelopment plans are currently underway to turn the area into a residential neighbourhood with a unique blend of restaurants, shops, parks and cultural spaces.

The Art Deco style didn’t feature in individual homes much in London, but were moreso prevalent in flats & appartment blocks. It can be seen appropriate that the Royal Institute of British Architecture (RIBA) is housed in a noteworthy Art Deco building.

Many parts of London were destroyed during the Second World War, which meant that a miriad of residential housing was needed to re-house the tens of thousands of civilians affected by the air raids. With swift efficiency, high rise blocks were introduced across London.

Some of the most famous examples of post war architecture is dotted along the South Bank of London and also across the other side of river around the Barbican. This whole area was destroyed during WW2 and rebuilt in the well known Brutalistic style.

Speak to us today a free no obligation quote on residential build work in the Pimlico area, call us now on:

Despite economical uncertainty and a growing population, countless new homes builds, renovations & extensions that defy development pressures continue to go up all around London in 2020.

Are you considering making any alterations to your home in South West London? Contact APT today to find out what we can do to increase the livable space within your home and contribute to the beautiful architecture seen daily around London.

This concludes our journey around London’s famous architectural history. Feel free to browse the many modern contemporary projects displayed throughout our site.