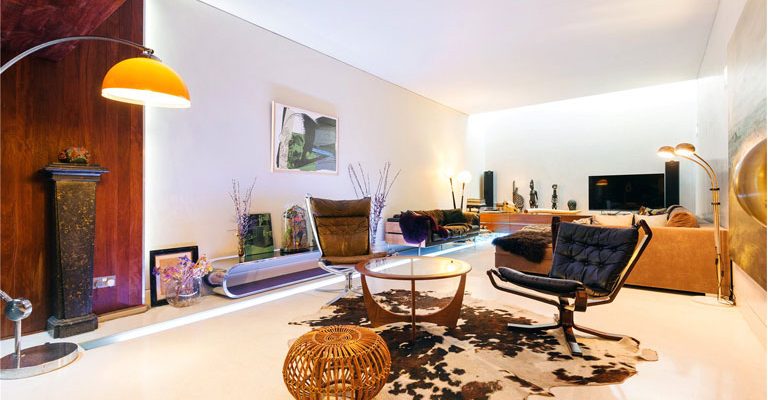 Choosing the interior design of your home can be one of the most rewarding experiences, and gives you the opportunity to tap into your creative flair. Your home is the focal point of your life, so having an interior design that befits you is a matter of huge importance, one which you should take great pride in. Many interior design styles interchange and borrow from each other, but it’s always important to know what’s what. If you’re having trouble figuring out what’s best for you, APT have identified the five most popular interior themes right now:

Traditional décor derives from classic European styles dating back to the 18th and the 19th centuries. Unique characteristics often include a significant amount of dark wooden finishes throughout, intricately carved furniture and a wide range of ornaments and accessories. Traditional designs often exude a luxurious and elegant ambience, particularly in the choice of materials which include velvet, brocade and silk. Artworks on the walls and impressive fireplaces are both common features in traditional décor, while arches and columns are popular architectural trademarks.

Many people often confuse modern as being the same as contemporary, and while there are some overlapping aspects that are shared between the two, there are also distinguishable differences. Modern design often refers to the period during the period of around 1933 to 1965 and is often coined as mid-century modern. This particular style incorporates the use of aesthetic straight lines, neutral colours and natural materials to create an airy feel. Contemporary follows very much in the same vein as modern design, but where modern is limited to a specific era only, there is more progression and dynamism on show in contemporary designs, and often borrows from other styles.

The Scandinavian style is becoming increasingly popular these days as it not only provides beautiful aesthetics, but brilliant functionality as well. Scandinavian décor is very simple and understated, and uses white walls to bring in as much natural light as possible. The minimalistic style, which is characterised by a dearth of ornamentation, natural materials and earthy colours, is now starting to appeal to people all over the globe, after originating in countries like Sweden and Norway. Many aspects are similar to contemporary and modern designs, although reclaimed wood is prevalent in Scandinavian interiors.

Industrial designs were mainly used for loft and basement renovations before, but they are now increasingly being used for entire properties. To achieve this particular look, certain materials need to be used such as worn out steel and dilapidated metal, which give off a similar atmosphere to a warehouse or factory. Industrial interiors often have a raw and rough feeling about them, which is why unfinished or exposed walls are very typical. Warm and neutral colours are thematic in industrial designs, while concrete elements are often used for walls or flooring.

The rustic interior design is all about building a link to nature and incorporating natural elements by merging the outside to the inside. Handcrafted wooden furniture and ornaments are common details in rustic homes, while stone, bamboo, clay and wool are the other natural materials that feature heavily. Rustic interiors are charming and have a very warm and cosy feel to them, and appeal to people who like to shy away from this ever evolving technological age. Alternatively, many people like to incorporate rustic elements into their contemporary homes, perhaps to serve as a reminder of the beauty that nature holds.